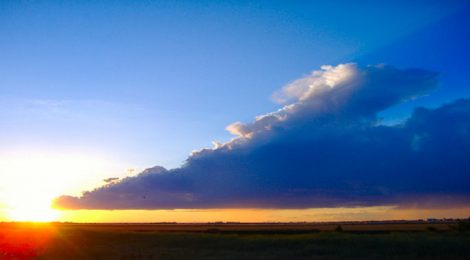 2022 Words of the Prophets – Bible and Holy Spirit Revelation

Analyzing the Spiritual and Geo-Political Climate of our Times.

2022: From Crossing OUT OF to Crossing INTO – Johnny Enlow

However, here in 2022, the Lord wants us shifting to the second crossing that Israel had to do—the Jordan River crossing into the Promised Land. That crossing was led by Moses’ protege Joshua. Whereas the first crossing was an exit or exodus, this was now an entrance into the new. This will be the increasing focus in 2022.

Transcript:
I believe after the Spring, Covid is not going to disappear but we will begin to finally see this thing start to fizzle down but here’s the other thing and I want you to pray into this I saw another worldwide virus breakout – some kind of flu maybe swine flu but I can’t say for sure but I saw these in the form of headlines so I’m asking you to pray into that and listen I hope that this turns out to not be the case but we need to be prepared because I think Covid was only warming up for the things that are ahead.

I saw this too. Joe Biden will not finish his first term and I think it’ll be due to health issues. I had a vision where I saw Kamala Harris in the background in the White House okay and I saw Biden slumped over in his chair while she emerged from the shadows up behind him so i don’t know if this is literally her becoming president at his stepping down or if it is a situation where she will act as president but here’s what the Lord did show me; her desire to implement further and further Socialism. The Grace of God is going to be released this year to frustrate those desires.

I also saw a rise of women in political leadership in nations around the world. I think that you will see a woman emerge in British politics this year who will replace a current politician and she will be very much like a Margaret Thatcher.

Also I think China will continue because of the fact that they’re not being kept in check with the current administration. I think they will begin to emerge as a stronger superpower and they will for a period and a season enlarge their dominance and borders. They’ve been competing economically and technologically with the United States for years. I think that we will see they will come against and try to use force against Taiwan but it will not be successful. They have for years tried to keep Taiwan out of the United Nations. I believe that the Lord is going to stop whatever attempt that you will see begin in the South China Sea. I’m talking about as far as their aggression. You will see it begin there. It will be advanced towards Taiwan and begin in the South China Sea.

I think we’re going to continue to see a competition between Russia and China in the Space Race. I clearly saw this when the United Kingdom or Great Britain broke out of Brexit. They aren’t the last ones.

I do believe that Donald Trump will announce he’s running again for president. I think he is waiting. okay I think that he will launch. He has already started the social media website but I think he’s going to actually create some kind of video on demand or a television channel. He will announce on that platform that he’s running for president again and it will happen sometime around after the midterms.

We are also going to see a powerful African-American woman rise in unity with a strong conservative voice. I think it’s Candace Owens but i know it is a significant African-American Woman who will rise as a conservative and achieve a lot for the nation and help in the political advancement of conservatism and Judeo-Christian values.

We are going to see a lot of bizarre and strange religious groups rise up in the next year to two years because people are trying to fill some void and answers and emptiness in their life. When you hear about these fringe groups and cults and such remember the Lord showed this to me.

Also there will be some kind of supernatural happening that will come out of Israel; out of Jerusalem, that will be a testimony to the Christian Faith once this is discovered and released.

I also believe that there will be a further advancement of Iranian pressure as far as their desire to develop uranium and nuclear weapons and that ultimately Israel will have enough and on one of their Holy Day Holiday they will attack in retaliation. The Lord is going to preserve them through these things.

I also saw something else of greatness. I can’t say that it’s going to be at the top of the ticket but I really want you to pray for governor Ron DeSantis. I know he’s popular right now but I think that God has marked his life to really be a younger version of an America first freedom loving younger political leader that I think God is anointing. We will see a continued immersion of him and a Black woman that will be greatly anointed by God in the earth to rise up in the next year or two and you’re going to see her voice gain prominence.

Ultimately I want you to be assured because no matter what we face with economic struggle and the rise of inflation, God is going to preserve his people and help us through these and we will come out stronger than before.

Prophetic Word for 2022 (from Apostolic Council of Prophetic Elders)

Cindy Jacobs, James Goll and Others Prophesy ‘Nations Will Be Shaken’ in 2022

Prophetic Word: In 2022 Weariness is Giving Birth to Praise

Danielle Dixon – The Lord Is Setting Ambushes Against Our Enemies

A Prophetic Direction for 2022 – RICK AND PATRICIA RIDINGS