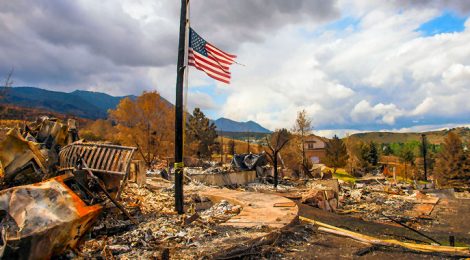 Pastor Dana Coverstone shares his prophetic dreams from 6.22.20 about America, COVID-19, The Election, and the months of September through November 2020.

2021 Words of the Prophets – Bible and Holy Spirit Revelation

POST APOCALYPSE SHTF BOOKS ON BUG OUT, PREPPER AND EMP GRID DOWN SURVIVAL

The Possibility of another U.S. Civil War

Asteroid the size of a car has near-miss with Earth!

My Predictions for Civil War in 2020

We mocked preppers and survivalists – until the pandemic hit

as I speak this it is it is June 24th Wednesday night at 5:30 p.m. in Brooksville Kentucky I’m in my office at the church little ministries in Brookville Kentucky sharing this not to scare you because I believe you know look God gave the prophets of the Old Testament a lot of warnings not to scare people but to prepare them for what was coming and some time challenging you don’t just throw my word away don’t just think I’m some some preacher trying to get people to come that’s not it either because look the Bible says last day is a bit great falling away Jesus tells people to endure to the end make sure you endure to the end why because people won’t endure sound doctrine they’re gonna they’re gonna hear something you know some are gonna hear me and go oh man he is on drugs or something I’m just telling you the dreams I’ve had you can do with them you can interpret them the way that you want to but I’m going to declare that

I can say to you brace yourself for the things that are coming endure to the end no matter how hard it gets I’m not giving up the faith that I have in Christ I’ve come too far on this walk and too far in my life to do that but I want to make sure that others don’t make that mistake and don’t just walk away from it take up the cross deny yourself and follow him thanks for listening.

Prophetic Dream Brace Yourself For November 2020

Is America Heading For Another Civil War?